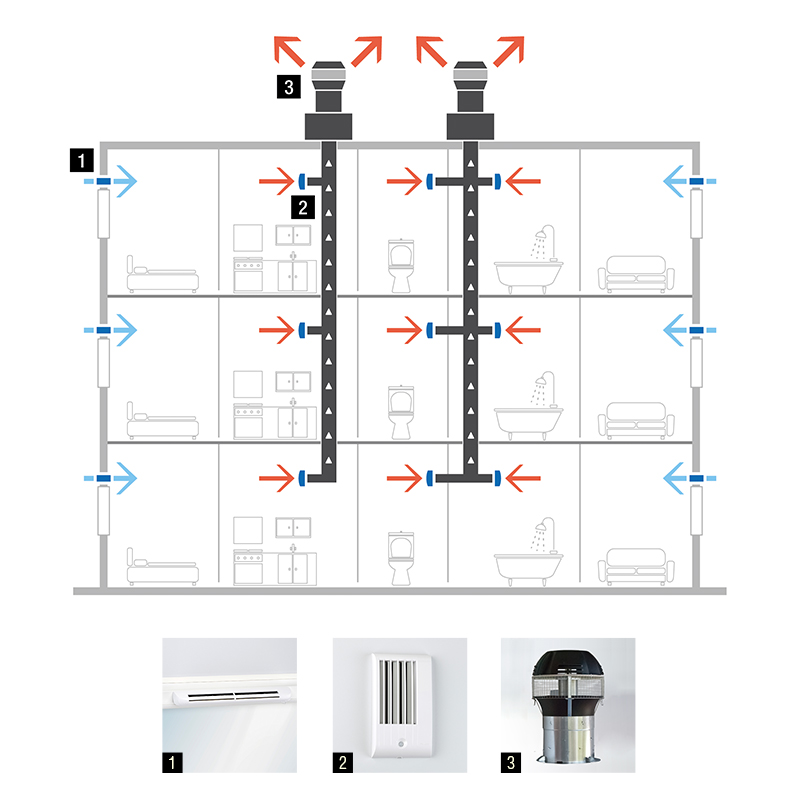 Who doesn’t like a nice hot shower? Every time I take a shower I forget something quite important: I have to turn on my in-home ventilation system to prevent moisture buildup. The bathroom does not have a window so the only way to dehumidify the air is through the air vent. There is one minor problem though… The knob to control the the ventilation system is located in the kitchen; which is not very convenient if you just stepped under a nice hot stream of water.

My apartment has an individual ventilation system, which is basically a big fan with some air ducts. I didn’t know what kind of system I had, but after removing the lid I found out it is a Stork Zehnder CMFe P(erilex) fan. The kitchen has a, very simple, knob which controls the fan speed. It has three settings, low (which is the minimum setting and is always on), medium and high. There are three wires connected to the knob, one for each setting. 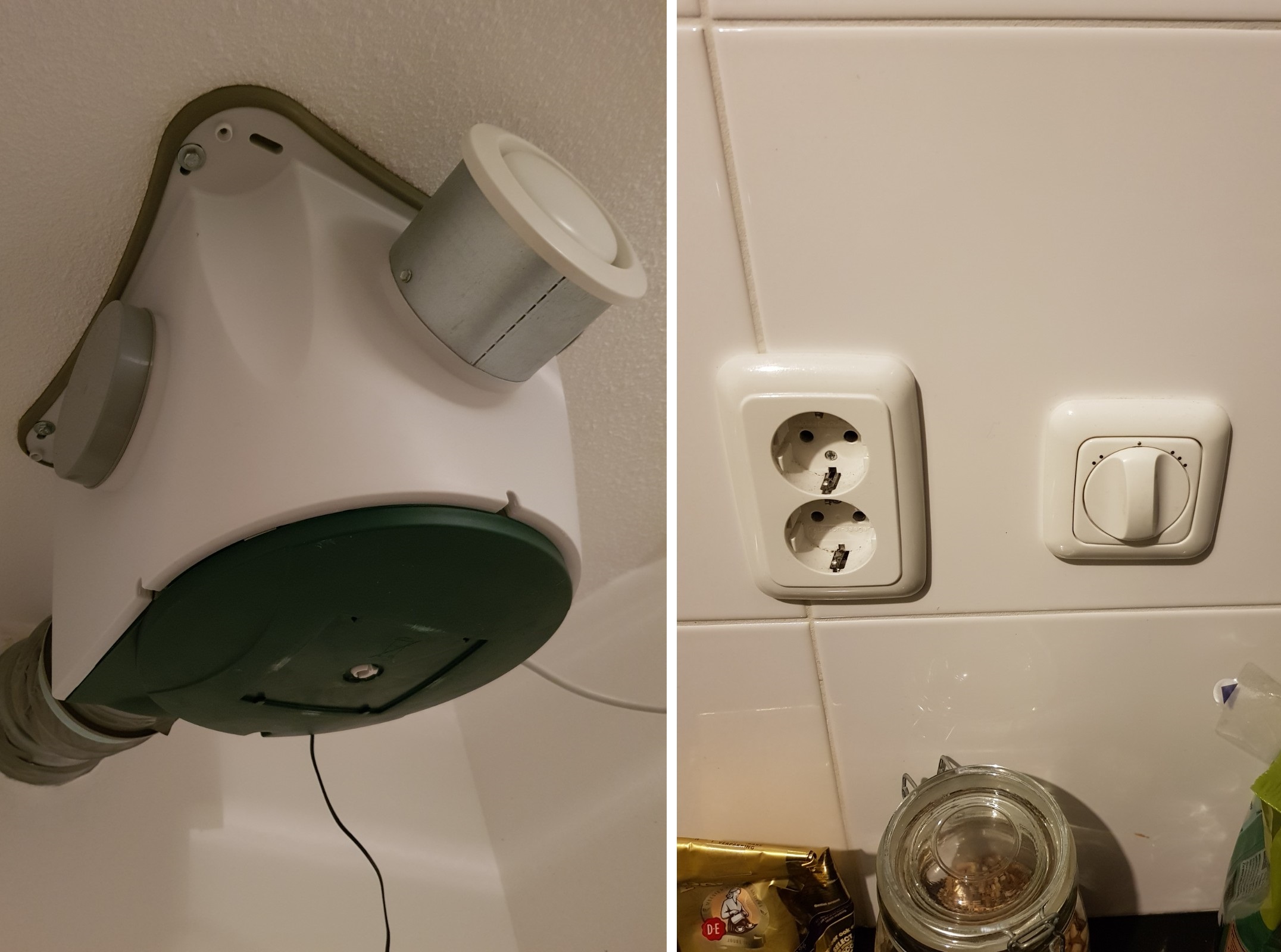 Ideally, I would like the fan to turn on automatically when needed, for example while taking a shower. But it would be nice to be able to turn on the fan from the kitchen while cooking.

In the following sections I’ll go through the hardware and software used for this project. I’ve never done anything like this before, so I kept my goal simple: just get something to work. At the end of this blog post you can find a complete list of used hardware, software and extra info.

What to use - home automation system

Initially I was reading about home automation on a Dutch tech site, called Tweakers. It seemed that a lot of people were using Domoticz, which is a lightweight open source home automation system. The documentation seemed quite extensive and it seems to support a lot of different systems (sensors and switches), so I decided to take it for a spin for this project.

What to use - fan

I went online to figure out what to do with the CMFe fan, as expected, there is more than one way to control it remotely. It left me with these options: 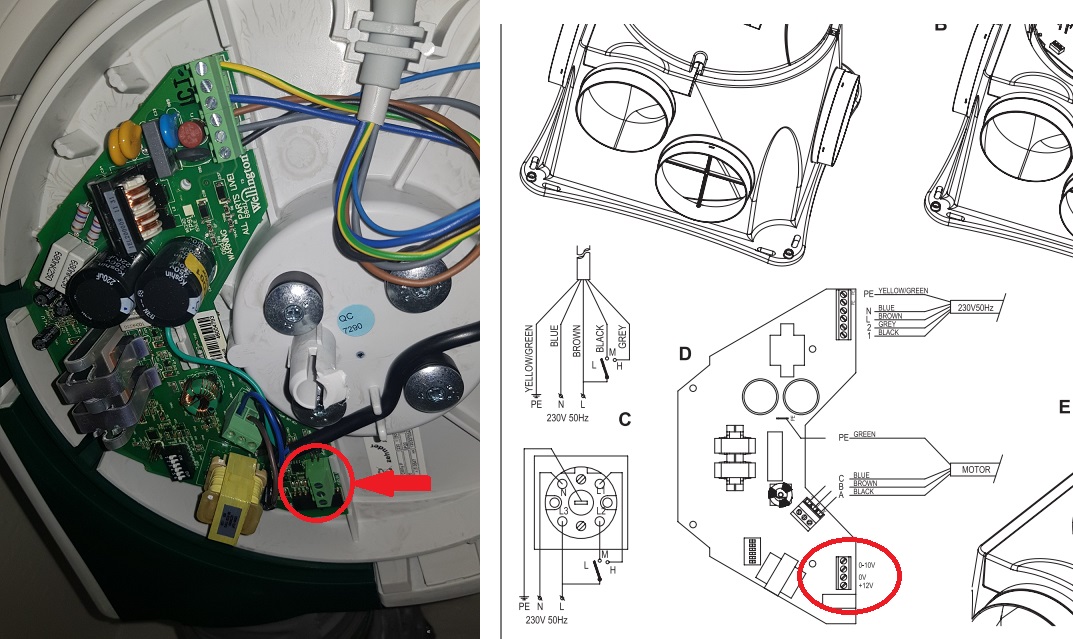 I decided to go for the most flexible option: option 2 with variable fan speed. It is quite easy to find a device that provides 0-10v output, as LED dimmers use that exact same range. This means that we can add a LED dimmer to the 0-10v input and control the fan speed by using the dimmer.

What to use - sensors

Although I still have some simple bme180 TPH (temperature, humidity and pressure) sensors laying around, which I have never put to use, I decided to go for Xiaomi Mi Home sensors. A couple of months ago, I went to a Xiaomi store in Hong Kong and I spotted some sleek looking home automation devices from Xiaomi/Aqara. They’re really cheap, especially if you keep in mind that it also houses a battery and some communication hardware in a very tiny encasing (36mm x 36mm). I decided to try it out; if I couldn’t get it to work, I could resort to building my own device anyways. The gateway was a bit more expensive, around 20 euro’s, but still cheap enough and the reviews were very positive.

As expected, Domoticz also supports Xiaomi Mi Home sensors. It involves enabling developer mode and adding the device to Domoticz, after which Domoticz will receive sensor values through the UDP developer API provided by Xiaomi. 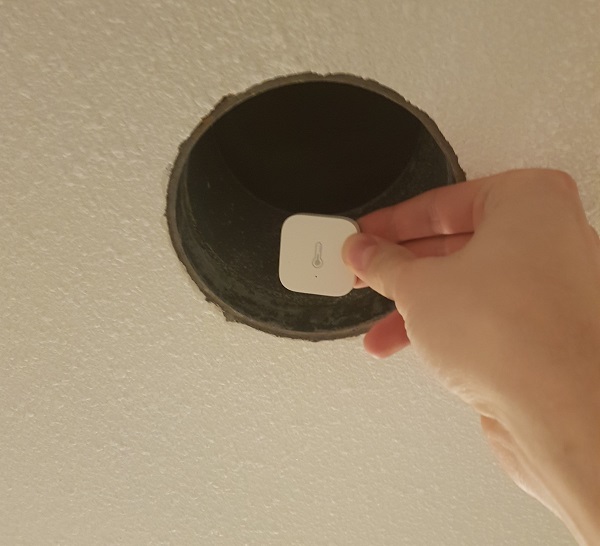 Here you can see me placing a TPH sensor in an air duct.

What to use - communication

As I just started with this whole home automation, I decided to go for a cheap and simple option: 433MHz communication. To be able to transmit messages I bought a FS1000A 433 MHz transmitter for about 1 euro. On the other end I need a LED dimmer with 0-10V output which operates on 433 MHz. One example of such a device is the ACM-LV10 Click-on-click-off LED dimmer which set me back about 20 euro (in NL). 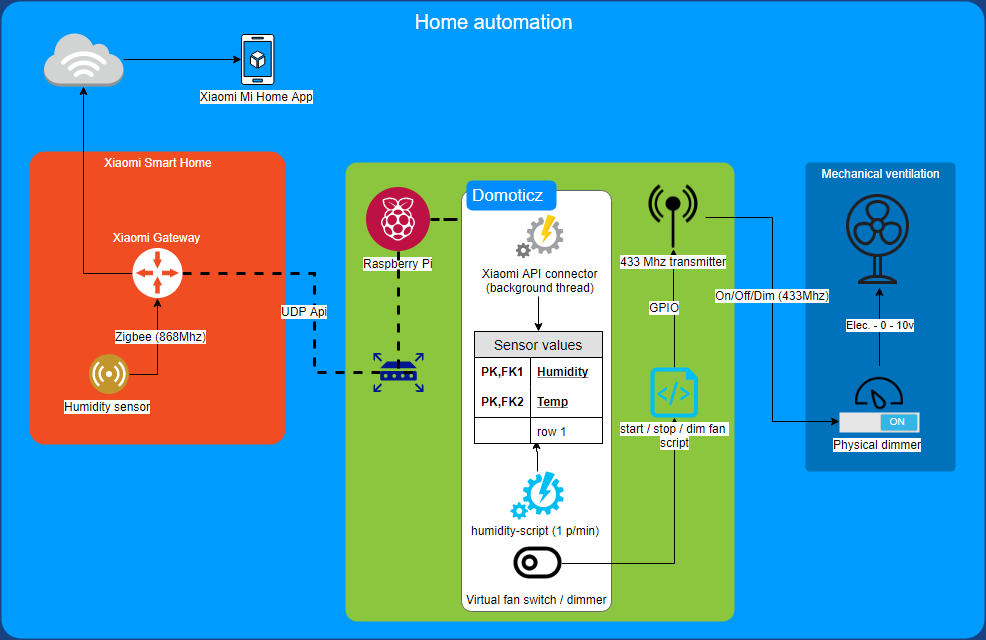 Wiring it all up 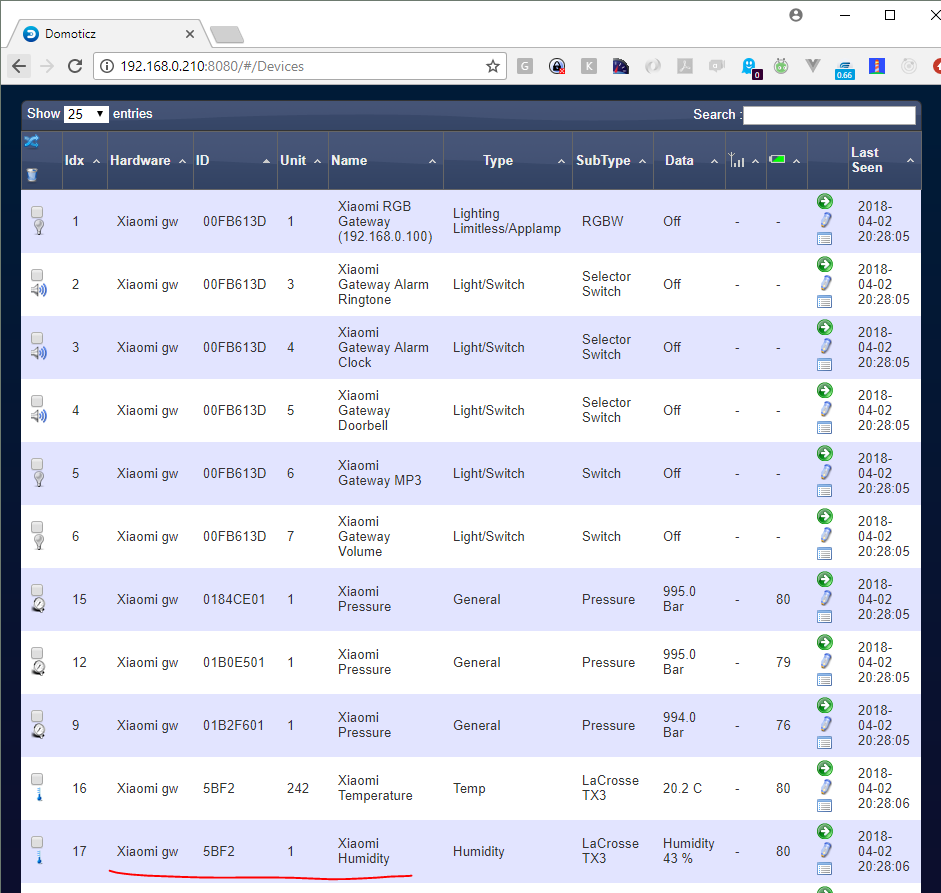 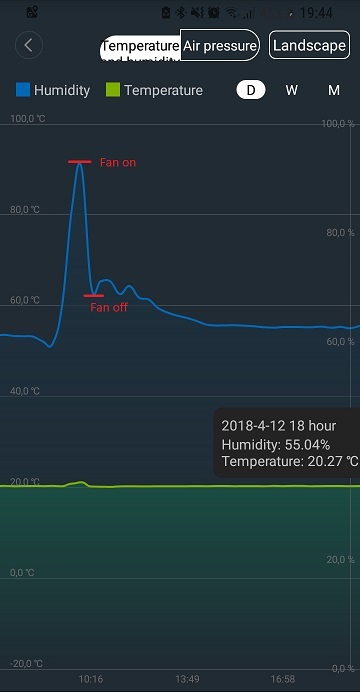 The humidity script is executed every minute and it turns on the fan once the sensor has sent a message. It will take a couple of minutes in total before the fan turns on, but that’s actually quite nice as it allows the air temp of the bathroom to rise. After having had the fan on for a while, the humidity will have been suctioned away and the fan turns off again. I also customized the max fan level so it will only reach ~level 2 during the night. The fan set on full blast can be quite noisy, so this way it won’t interfere with sleeping and at this time of day it doesn’t matter if it takes a bit longer to dehumidify the room.

For now I’m happy with the result. The next project will be to add some CO2 sensors to the system. These sensors will measure CO2 level in the air, which is an important indicator of air quality. We already have a remote controlled fan, and we can use that to make sure we have proper air quality all the time!